This issue’s theme is ABROAD — a celebration of talent nurtured in Portugal that’s being acknowledged internationally.
We couldn’t do that without mentioning this name — MARO.

For most of the people that listen to her music, what strikes them right away is her warm voice tone or her exquisite and tasteful songwriting skills. But one might dig a little deeper and wonder what made Jessie J fall in love with her, or each and every artist in the portuguese music industry. Or even Quincy Jones (the most grammy winning and nominated person ever) deciding to take a step and have his team manage her career.

The answer could be much simpler than the following. However, if we don’t do this thoroughly it would almost become unfair to our subject.

MARO was born in 1994 to a musical household. Her mother is a music teacher and her father is a music enthusiast. Not only she started studying music at an early age but she was also exposed to a great variety of music in her household.

There are some videos on youtube of her singing and playing with her family so we can guess how much fun were the car rides or even the most casual jam session at their place.

The piano was the first instrument she learned to how to play but she has confessed multiple times that she didn’t like to practice as much as school curriculum demanded. It was when she first picked a guitar that she put her creativity to a test and started writing her own songs.

Depicting most of her life events, her original songs could be perceived to the most common ear as simple, tasteful and pleasing. But once you are able to go more in-depth you understand how rich the harmonies that she plays are and even wonder who inspired her to move melodies towards a certain direction. That’s a personal confession I have to make: from the get-go, I wondered who influenced her musical approach.

When she decided to put aside a vet career, she embarked on a overwhelming journey overseas to Boston, where she enrolled on one of the best music universities in the world, Berklee College of Music. From her own words, the most rewarding part of this experience was to play with many different people from different countries and music backgrounds. As a result of that fascination, MARO created ‘Berklee People’, a collaborative project that inspired cooperation rather than competition between the students.

After graduating it was clear to her that the place to go to was Los Angeles. The promised land for every artist aiming for a place in the industry.

While there she came to the attention of such names as Willow Smith, Teoriah and Jacob Collier. Being this last one the english-born contemporary equivalent to any composer who has made a name of himself in music history, he could not help but to instantly fall in love with MARO’s talent and skills and finding in her the missing piece to his band.

During the time she toured with him people in Europe, North and South America, Asia and Australia, the audience from all these lands got the opportunity to listen to her music during a specific part of the set.

In her very few spare times during this period she still had the discipline and willingness to embrace diverse projects with many people around the world.

That’s one talent worth mentioning that no one tends to focus on. MARO congregates people with polar musical backgrounds, always assuming that everyone’s vision can enrich each project and her lifetime sensitivity. From ‘Berklee People’ to ‘Its’ Me, Maro’ (a project of duets created during quarantine) we can be certain about one thing: she’s carving a parallel world to where we are lucky enough to be invited to. Once we go there we enter a diverse world where music becomes a result of many different streams of experience and sounds.

Whether we type maro.musica on instagram to watch her duets or we browse through streaming platforms for her original songs, this world of hers that we are lucky enough to have access to makes her an artist to keep an eye on.

As 2020 unfolded, no one would guess this year to be the most strange year and that we would be forced to take a break from the fast-paced life we grew to see as normal. For MARO this was already that kind of year as for she decided to take some time off the road life to create new projects and plan 2021. Until then, we recommend you to go listen to her latest solo album ‘IT’S OK’, to her collaborative projects and albums, to her ‘Berklee People’ series and just to let yourself get sucked into her youtube videos vortex because you definitely won’t be disappointed. 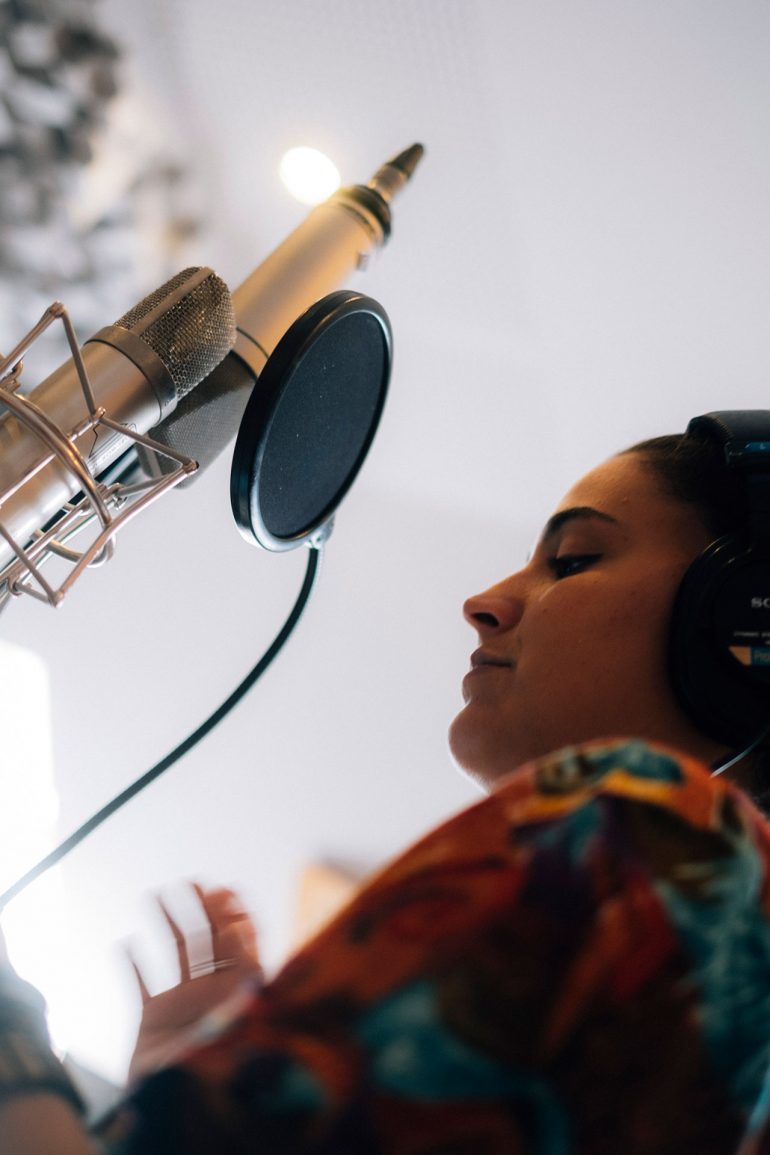